In a boorish future, the government sponsors a popular, but bloody, cross-country race in which points are scored by mowing down pedestrians. Five teams, each comprised of a male and female, compete using cars equipped with deadly weapons. Frankenstein, the mysterious returning champion, has become America's hero, but this time he has a passenger from the underground resistance. 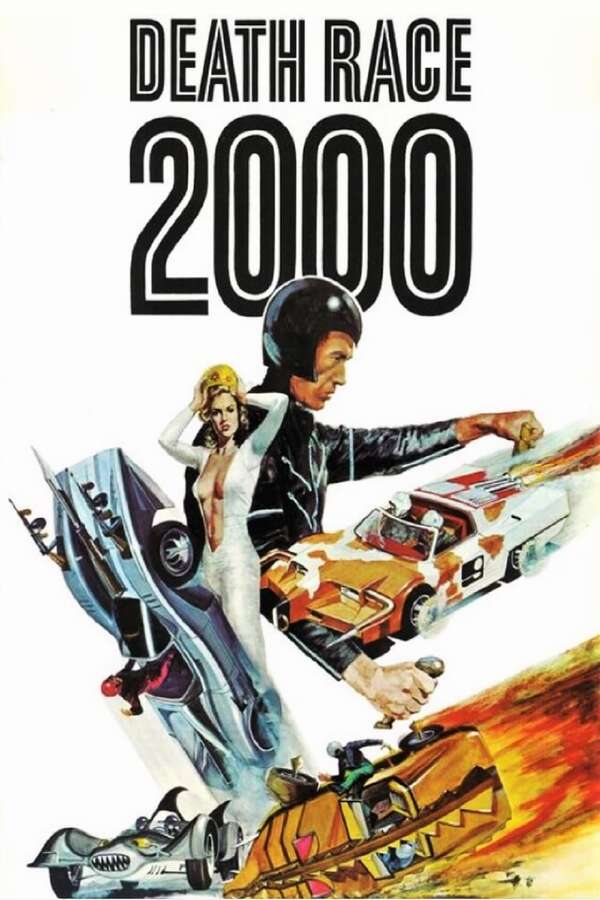 This offered a lot more than I expected! To quote another reviewer: “a neat satire dealing with government, entertainment, and media.”

This predates a bunch of mainstream, dystopian features that share similar themes, like The Running Man and, much later, The Hunger Games. But the tone is much more Robocop, than either of those. Though this sits apart from all of those as much more of a B-movie “exploitation” flick.

It is quite cheesy and has a significant sprinkling of late 70s nudity. However, I reckon it’s worth a watch if you like this sort of thing.